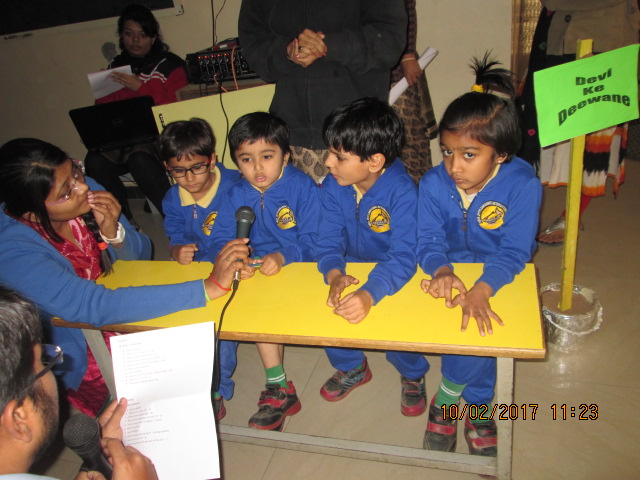 Amarjyoti Saraswati International School (Pre-Primary) held its quiz competition for the students of senior KG on Friday, 10th February, 2017. There were four teams representing each of the sections of senior KG. They were accompanied by their class teachers while they playfully answered all the questions. The teams were named after their teachers’: ‘Muskaan ke Mastaane’, ‘Devi ke Deewane’, ‘Pompy ke Parwaane’ and ‘Bhumi ke Baazigar’. The first few rounds almost all of them were at the same score answering one question after the other perfectly. The deciding rounds were the puzzle round and the rapid fire round which finally shaped the winners. The questions asked were based on the things they learn in everyday class. The idea of the quiz was to make learning a fun activity and enable students to learn outside the classroom. After a good battle of minds ‘Pompy ke Parwaane’ emerged the winners and ‘Muskaan ke Mastaane’ and ‘Devi ke Deewane’ as runners up.